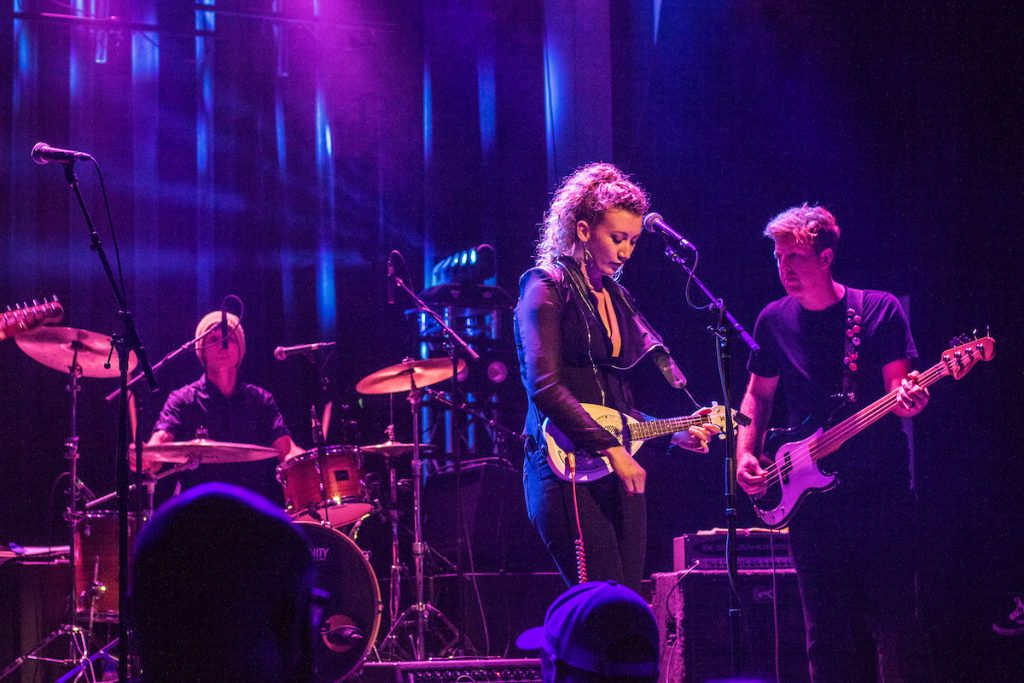 The Sleepless Elite formed in Boston, MA when Carolina Kehoe attended Berklee College of Music. Soon after, Baylor Carter joined her in hopes of playing a gig or two.

Through a Craigslist posting seeking a drummer, the pair ended up living with Ben Deily (co-founder, Lemonheads) and his wife Lisa Deily. After encouragement from them, Carolina started her own band with Baylor, opening for Ben and Lisa on their Pacific Northwest tour.

Having started her career in her small town community theater, Carolina was inspired to chart a new direction and style after being inspired by Paramore, Blondie and Sia. Between her and Baylor’s Blink-182, Strokes and No Doubt upbringing, they were able to find a sound all their own. Together, they began playing such venues in Boston as TT the Bears and Great Scott under the name Carolina’s War –the name of their first EP.

Since their inception, The Sleepless Elite have produced two albums and opened for Thunderpussy, among others, during their swing through Bozeman, Montana.

“The indie/pop punk track, titled “Heard About You” will brighten up your day just like the sunshine, and if you aren’t totally addicted after just one listen, you weren’t paying close enough attention.”

Idobe Radio
“My friends do not like you! That's the beginning and that's what Carolina, singer of THE SLEEPLESS ELITE, has already wrapped around her finger. The song is just so beautifully memorable, in best The Subways manner. ”

We Love That Sound